Citadelle is a family Publishing House focused mostly on the historical,
non-fiction literature.

It’s the first book of the two volumes biography of the Duke of Wellington.
I hope it brings some new facts, insights, and theories and mostly its readers enjoy it!
Daniel Res
REVIEWS... 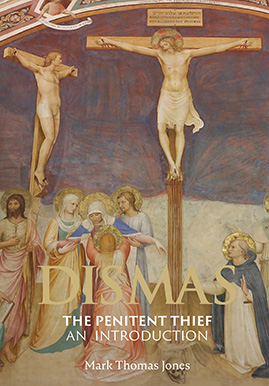 Dismas
The Penitent Thief: An Introduction

The events of the Crucifixion continue to fascinate biblical scholars and artists alike. Amongst the drama of that momentous day was a humble request and the reply that it received, an incident that manages to crystallise something of the essence of Christianity. Dismas - The Penitent Thief - An Introduction seeks to explore what is known of the individual who made that request and discover his story, his significance and how he continues to inspire others, especially those involved in Prison Ministry and outreach programmes. If you have ever been curious and had questions about those who were crucified along with Jesus Christ, well some of the answers are to be found here.
...continue
ORDER ON AMAZON
Publisher: Amerigo
Hardcover: 120 pages
Language: English
ISBN 10: 8090731139 | ISBN-13: 978-8090731134
P/N: d2147
CONTENTS (PDF)  SAMPLE PAGES (PDF)

So often we set great store by the ephemeral yet neglect the eternal. Here is an opportunity to find out how one whose life had fallen well short became the focus of supreme love. The story of the Penitent Thief and the Crucifixion poses questions that deserve to be asked and should set us thinking about our own journey of faith.

Maybe this book will encourage us to look as well as see, cause us to question differently, and hopefully start to see majesty in the margins. The subject of the book is an individual who is so much more than a bit player in the Crucifixion of Jesus, he is someone who can serve as a reminder that no one is beyond God’s Grace. 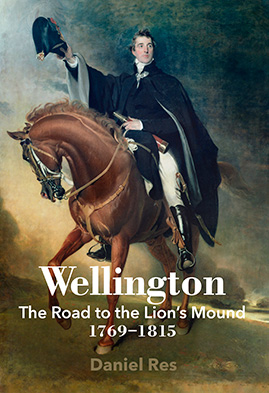 Wellington - The Road to the Lion’s Mound is the first volume of the story of the 1st Duke of Wellington, the man who defeated Napoleon at Waterloo and became a celebrated hero not only in Britain and Europe, but throughout the world.
...continue
ORDER ON AMAZON
Publisher: Amerigo
Hardcover: 512 pages
Language: English
ISBN: 978-80-907311-0-3
P/N: w5412
CONTENTS (PDF)  SAMPLE PAGES (PDF)

Daniel Res tells the gripping tale of Wellington’s exploits, giving the book an almost novellike readability. In it we discover the story of Wellington’s youth in Ireland, his shaky beginnings in politics and the army, his first military success in India and his crucial engagements with Napoleonic France on the Iberian Peninsula as he fights his way from there to the south of France in 1814 - all events which culminate in the Battle of Waterloo the following year.

Res presents Wellington not only as an ingenious commander, but also as a sensitive man, one often shaken by the realities and horrors of war. Wellington is revealed to be an excellent horseman, a passionate reader, a gentleman, an impeccable organizer, perfectionist and workaholic, as well as being a Conservative politician with a notably British sense of humour.

The author also recounts something of Wellington’s wooing of and marriage to Catherine ‘Kitty’ Pakenham, a story likened by contemporaries to Odysseus and Penelope. This provides the reader with insight into Wellington’s development from a ‘dreamy, idle and shy lad’, an often lovelorn and unrestrained youth, to a man of principle with strong personal convictions and values.

The book’s title - Wellington - The Road to the Lion’s Mound - has been inspired by the monument that today stands on the battlefield of Waterloo and symbolizes the Duke’s personal journey.

From a scholarly perspective, Wellington - The Road to the Lion’s Mound offers up an interesting hypothesis concerning the creation of the Lines of Torres Vedras, and discusses in detail the connection between Wellington’s campaigns and the activities of his Intelligence Service, casting fresh light on many of the Duke’s crucial decisions. However, Res’s primary contribution to the subject as an historian operating outside the Anglosphere is the addition of a richly detailed Central European context to the topic as well as new sources from the Czech and German languages. For instance, Res points to the rather surprising fact that Wellington did not consider Napoleon to be the best commander of his era, but rather the Austrian commander Archduke Charles, who was also the first man to defeat Napoleon in the field of battle.

In the final chapter, Res provides an analysis of Anglo-Austrian relations in the Napoleonic Era. Here we encounter Wellington’s correspondence with a member of the Bohemian nobility, Marshal Karl Philipp of Schwarzenberg, a figure who led the allied troops to victory over Napoleon at Leipzig.

The book also tells the remarkable tale of the ‘Black Brunswickers’, who banded together in Nachod, Czech Republic and fought their way through to join Wellington’s forces in Portugal. Rich in colour and texture, as well as supported by a wealth of illustrations, Wellington - The Road to the Lion’s Mound seeks to be a useful new addition to the plethora of books about one of history’s most remarkable commanders.

„What a charmingly idiosyncratic yet profoundly researched book Daniel Res’ is.“
Andrew Roberts

The second volume of the biography of the Duke of Wellington focused on the years 1815-1852.

ABOUT THE CITADELLE PUBLISHING 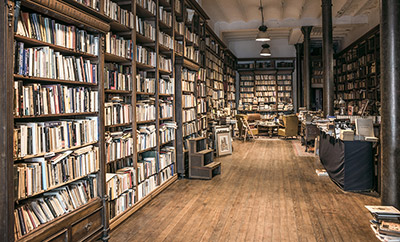 Amerigo, s.r.o./Ltd., Citadelle Edition, is not only a family publishing house - it’s the fulfilment of our dreams: we love books, and they have always played a central role in our lives. Our youngest son Daniel has even decided to take up a career as an author.

It is our ambition to provide Czech readers with high-quality, historically-themed literature from both the field of popular history (focusing on Anglo-Saxon authors and bringing new and interesting names to the Czech market) and serious historical fiction, providing readers with accurate historical facts in the form of captivating novels. Combining readability and accurate, factual historical accounts is our priority.

As another field of publishing, we plan to focus on world history by selecting authors who have found a certain place in our hearts and whom we trust will do the same with many others.

In the future, we’d also like to publish the works of interesting, up-and-coming Czech authors who might not meet the requirements of the mainstream, but are sure to bring new ideas, style and authenticity to Czech literature.

Our thanks go to all of our readers and their interest in our books, and we wish them much enjoyment in all their future reading endeavours.